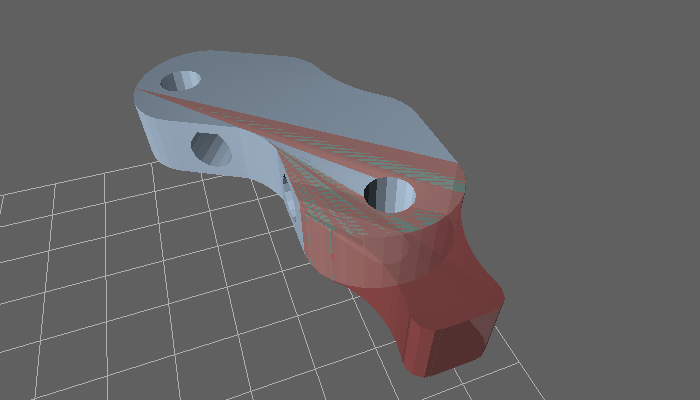 Thingiverse is an enormous resource for mostly open source, ready to print 3D objects.  It conveniently has both a built in understanding of derivative objects and a web based 3D object viewer.  It has no mechanism for combining the two though, making comparing any two objects a matter of either visual guesswork or downloading and comparing the files against each other.

Thingidiff is my fork of Thingiview.js allowing for web based visual comparisons between related 3D objects.  Colors and opacities can be set for faces that are the same in both objects or unique to one or the other.  The obvious use cases for this are showing a diff between a derived object and its original or showing differences in revisions of a work in progress.  Both of these cases are in evidence on the example page.  Note that between this being my first project in Three.js or Javascript at all and the currently mercurial state of WebGL support in web browsers, there are probably going to be nits, bugs, or even outright computer exploding failures in your experience.  I’m interested in bug reports though, if you would be willing to drop them on the github project’s Issues page.  The code itself is nearby.