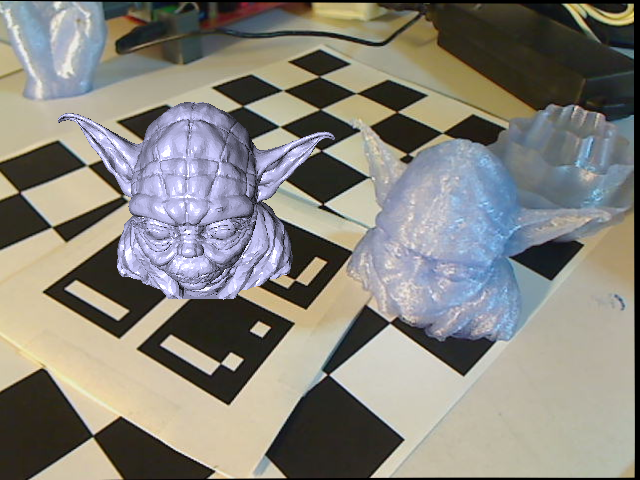 I combined voxel carving and augmented reality to insert 3d reconstructions of real life objects into real life scenes for a final project for 15-463, Computational Photography.  There is a more detailed writeup here.  It looks kind of bleh at the moment, and it involves a lot of hacked together libraries.  I really like the idea of it though, so this is something I’m planning on revisiting when I have more skill in the third dimension.

3 Comments on Augmenting Reality with Reality