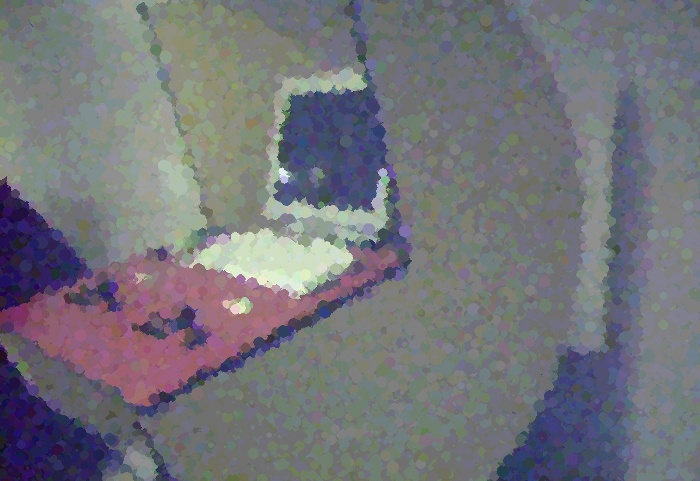 I loaded the activities I’ve written in the past onto my new G1G1 XO and found that Pointillism probably never worked on any XO but my old one.  This is something I probably should have tested.

In addition to actually working, this release has better performance, flips the image horizontally, and lets you save images to the Journal.

1 Comment on Pointillism: The “it works this time” Edition

I packaged the script I wrote a few posts back as a .xo file that can be installed on an OLPC XO. This isn’t really because the script itself is that great, but because I wanted to test a way to deliver the Pygame stuff I’m working on for GSoC for the months until my code is merged, Pygame 1.9 is released, and the package is included on XO’s. This also explains why a 2KB Python script is now a 750KB .xo that takes up over 2MB when installed.

So, while the Activity itself just runs the Living Pointillism script, the activity directory (/home/olpc/Activities/Pointillism.activity/ on my XO running release ~690) contains the whole Pygame library with my modifications to date. So, you can just drop scripts (like these or these) that use pygame into that directory and run them from there, and they will use the local pygame instead of the one installed on the XO. This saves you from having to install all the stuff necessary to compile pygame on an XO.

1 Comment on Living Pointillism packaged as an OLPC Activity